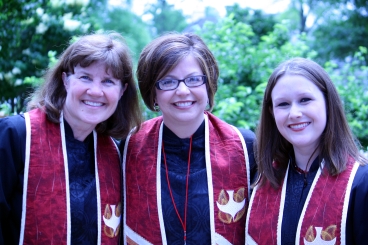 An increasingly diverse array of churches and denominations now support and practice the ordination and leadership of women. I am ordained in the Assemblies of God, where much of our history has been that of doctrine and practice that are supportive but women have struggled to realize this empowerment as some within the movement have still resisted their leadership. My wife is ordained in the United Methodist Church, where ordination of women is a bit newer in practice but has been much more successful in implementation. Today, more than 50% of those enrolled in UMC seminaries are women. These two stories represent two quite common experiences of clergy in the nation.

As a man, I am clearly at a disadvantage to speak to these issues. But my call to equip future ministers of the church as well as the “insider’s view” of being married to my wife both compel me to say what I can.

4 Reasons Why Ordaining Women Is No Longer An Option
Pastor, You Have to Mentor Women, too
Evidence Of The Changing Evangelical Tide
UPDATE: 6,000 Person Megachurch Now Includes Women Pastors/Elders
An “Affirmative Action” Proposal For The Free Churches
How I Became an Advocate for Women in Ministry