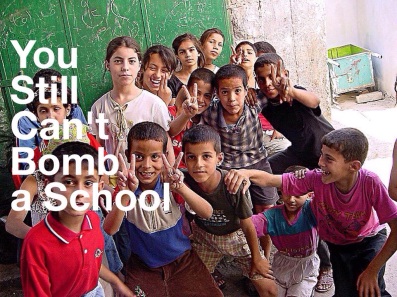 It’s with great caution that I approach the complex realities in Israel-Palestine. The bloodshed started long before I was paying attention (or alive) and I still haven’t caught up to all the twists and turns. But I do have one little thing to say.

I won’t say anything about the justifiable fear of Israel that their Arab neighbors, Palestine included, will begin another effort to wipe the tiny nation off the map at any time. I also won’t say anything about the destructive land grab and apartheid that Israel has inflicted upon their Palestinian neighbor. I’m certain that as soon as I spoke to those issues that someone more informed than me would give me another fact, another turn of events, that I knew nothing about that would only complicate the matter more. That has been my experience every time I’ve entered this conversation on social media or in real “polite” conversation. So let me begin by admitting that I don’t know all the sordid details of this conflict.

Rather I will separate one particular aspect of this conflict that can genuinely be discussed apart from the others: Hamas’s use of civilian “shields” and Israel’s insistence that this justifies their bombing civilian targets.

As a prerequisite to this discussion, two distinctions need to be made. First of all, there is a long tradition of “just war” with a set of ethical criteria before, during, and after war that is distinct from the legal requirements associated with international conventions associated with war. So for instance, the Fourth Geneva Convention of 1949 doesn’t allow you to harm or kill “protected persons” such as non-combatants or combatants that are not currently engaged in war making (hospitalized soldiers, for instance). These are the legal requirements that must not be broken or persons will spend time in prison for them. But just war criteria goes a step further to ask what is ethical in the conduct of war. War is never a good thing, but just war doctrine insists that way may sometimes be required for justice to be done. The difference between the Geneva Conventions and just war theory are like the difference between hiding money from your boss and hiding money from your wife. The first will send you to jail. The second isn’t illegal but it is still wrong.

The second distinction is between two different elements of just war theory: jus ad bellum criteria are those that determine when a nation can rightfully go to war and jus in bello determines right conduct once a war is underway. The conditions in Israel-Palestine are such that a conversation about right to go to war seems superfluous. That train left the station long ago. But I think that we can call upon leaders of both nations to pay closer attention to jus in bello criteria.  The one that is most important for our discussion of Hamas’s use of civilian shields and Israel’s insistence that their bombing is justified is the criteria known as discrimination.

Whether one’s enemy is a group of guerrilla fighters, terrorists, or an established nation, discrimination requires a distinction between combatant and non-combatant. And it requires that non-combatant on both sides be treated as human lives that must be preserved for the sake of justice. A non-combatant is never a justified target either by just war criteria or by Geneva Convention. It is legal under Geneva Convention to attack a military target and cause civilian deaths, as long as civilian deaths are an unintended consequence. But under just war doctrine, the standard is much higher.

Typically, an attack on a civilian target is only justified when the loss of non-combatant life is (1.) unintended and incidental and (2.) likely to be lesser than the consequences of not attacking the target in those circumstances. Put another way, just war requires that non-combatant death is only justified when the costs of not killing those persons is higher than those that would likely die as consequence of the attack.

In fact, Daniel Bell, theological ethicist from Lutheran Theological Southern Seminary, argues that there are actually two different criteria on this matter. What I have described above is what Bell calls “Just War as Public Policy,” the secular adoption of just war principle by nation states. But he would suggest that “Just War as Christian Discipleship” has an even higher standard. A Christian just warrior can only attack in this kind of situation by using a weapon of sufficient discrimination as to not cause non-combatant deaths. That is, if bombing a military target will cause non-combatant death, then ground forces must be used. If a hand grenade or machine gun would do so, then maybe a sniper will be required to maintain non-combatant discrimination.

Now that we have the criteria in view, what might we say about the well-documented use of “human shields” by Hamas, and Israel’s subsequent bombing?

First of all, as many pro-Israeli commentators have suggested, Hamas already breaks the principle of discrimination by using schools, hospitals, and other civilian targets as military outposts. The indiscriminate rocket fire of Hamas is unjust. The use of “human shields” is similarly unjust because this practice also violates the discrimination principle by intentionally involving those non-combatants in the conflict. Some people have pointed out that the population density of the Gaza strip is roughly that of the city of Boston (~13,000/sq. mi.). It’s not as if there are a lot of places from which to conduct military operations that would not be near civilians. It still seems clear that Hamas has intentionally utilized schools, hospitals, and other civilian population centers that will evoke a highly emotional response when attacked. The actions of Hamas, both in indiscriminate rocket fire and in the use of “human shields,” is wrong, unjust, and condemnable.

However, Israel and pro-Israeli pundits have wrongly argued that this justifies Israel bombing these targets. Here is a video of the Israeli ambassador to US arguing this way.

Click here for an article in the New York Review of Books that chronicles Israel’s attempt to justify this argument.

As stated above, according to some public policy standards for just war, bombing these targets may be permissible under certain circumstances. But they are only permissible in those circumstances when the consequences of not attacking are higher than those of attacking.  For instance, if Hamas is indiscriminately firing rockets off the roof of a hospital you can’t bomb (especially if you have a very good air defense system such as Israel does). If they are firing Patriot missiles from the parking lot then you probably can.

During Operation Iraqi Freedom, Iraqi insurgents also fired from civilian targets. But the US did NOT bomb them because it isn’t just. It’s a crappy reality of this kind of warfare but one that you don’t get to ignore and still be the good guys.

At least twice during the most recent conflict, Israel has bombed UN schools that were being used to shelter displaced non-combatants. Even if these sites were being used by Hamas as a base for military operations, it does not justify bombing them. To justify doing so under the secular version of just war doctrine, the military target at that location would had to have been of a VERY HIGH order. High non-combatant casualties were foreseeable and likely. I would even go so far as to suggest that no weapon that could be contained within a civilian building such as that school could possibly be significant enough to justify bombing a building full of non-combatants.  Even if Israel has believed that this ethical requirement has been met in some cases, it is impossible to justify the frequency with which Israel has bombed these targets.

According to Daniel Bell’s criteria, a Christian notion of just war doctrine would NEVER allow bombing of these targets. Even as Hamas acts unjustly, Christian notions of justice would demand that Israel can only respond with a weapon that would reasonably discriminate from foreseeable non-combatant casualties. While Israel is not a Christian nation, I would hope that pro-Israel Christians would suggest that Israel should follow such guidelines or risk losing the support of those Christians that currently so adamantly support Israel. (Click here to find out more about Daniel Bell’s excellent book, Just War as Christian Discipleship.)

While there is much more to say about this conflict, I hope that I have said one thing about one aspect and that I have said it clearly. Discrimination between combatant and non-combatant is required if you want to act ethically. Hamas has violated the principle by intentionally using civilians as shields. But Israel has also violated that principle by carrying out attacks upon those non-combatants. Two wrongs doesn’t make a right.

Related Posts: Palestinian’s Are People: A Missionary’ Reflection
What Does a Just War Mean? 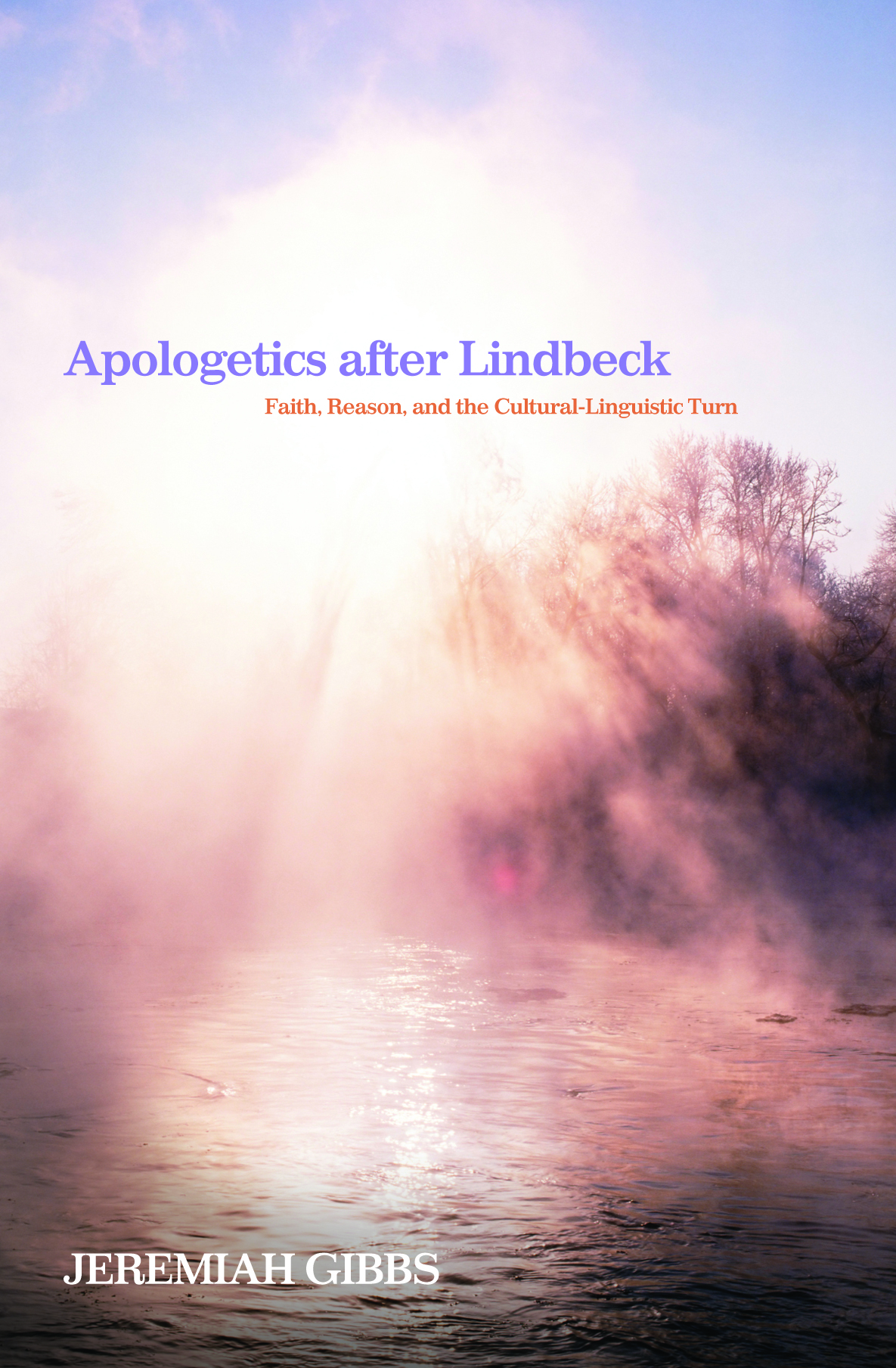