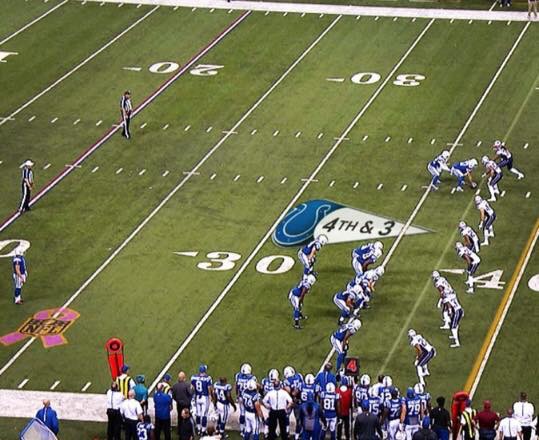 Lots of folks were talking about this play last night and again this morning. When looking with the all knowing eye of instant replay it’s obvious it never stood a chance. But they snapped the ball anyway.

Here is the disaster:

Coach Pagano quickly took the responsibility for not communicating clearly enough what had to be done in various scenarios. Good leadership there. But how did they get there?

They took a chance. They lined up hoping that the oddity of it would fool New England’s special teams unit and it didn’t. If it had then they might have picked up the line to gain. It was worth the risk. Since it didn’t work at all, there are a few things to learn:

Rarely do our mistakes get played out in HD with the entire field in clear view. What can you learn from the Colts disaster that will help you lead?