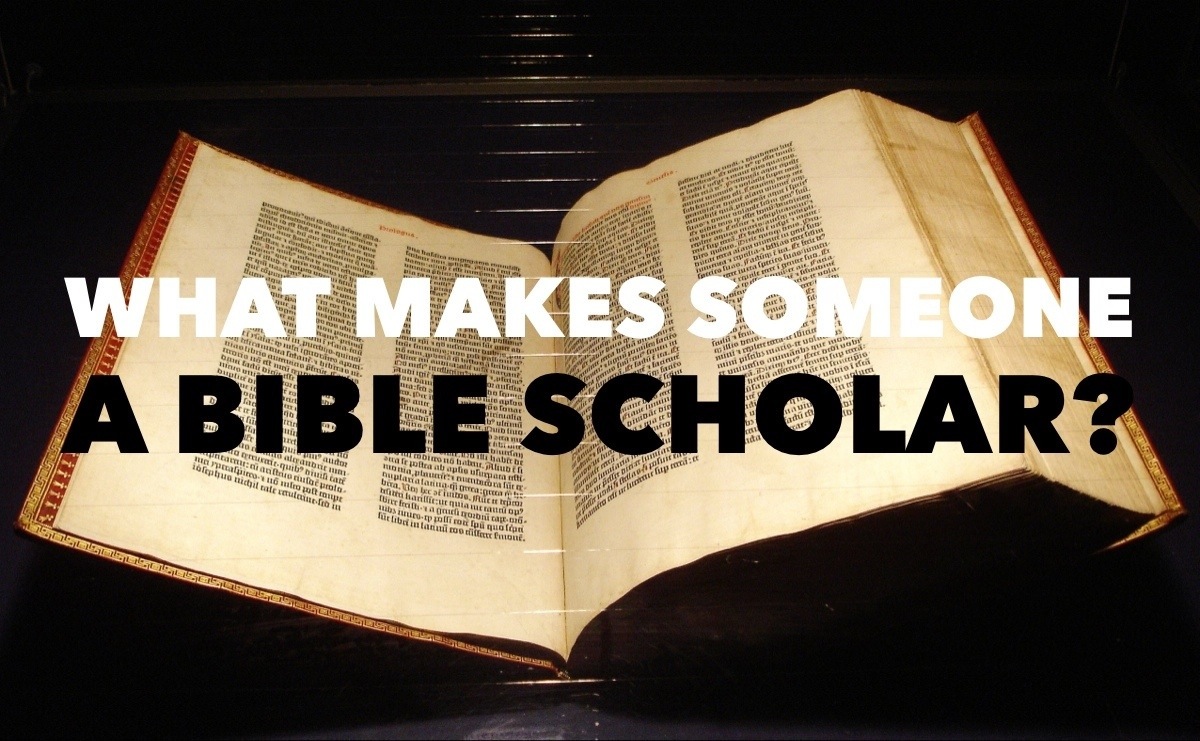 Since Martin Luther and the printing press thrust the Bible into the hands of every Christian, it has become increasingly difficult to recognize a Bible scholar. Scholarship is not the only important way of understanding the Bible; hearing the Word preached in the worship of the assembly is the most important and preaching is only rarely scholarship. But there are times when the issues raised by the Bible are too important or too complicated to not pay attention to scholarly opinion.

Lots of folks read the Bible regularly, even memorizing large portions of it. But having the Bible memorized and being able to quote verses about a given topic does not a scholar make. So what is scholarship? How do I recognize a good scholarly opinion on a topic?

I’ve always thought of three components that are required. First, scholarship always requires engagement with what has come before. That is, if you are to express your idea/interpretation/etc, then you only can do so in reference to what others have said before you. Sometimes you work to refute them. Sometimes you confirm their work. But you always engage it and are aware of what has been said.

Second, scholarship is made available for criticism. To publish an idea (internet, journal, book, etc) is to submit it to the community of scholars for criticism. In this sense, preaching is not scholarship. No one is able to critique what is done (angry e-mails on Sunday afternoon aside). A scholar makes their work available to others and responds to criticism. If you aren’t willing to honestly do so (deal with what critics say, and not just dismiss it), then you are not yet a scholar. Scholars will also be critiqued by those who are not scholars. I would suggest that a good scholar will be just as capable of answering critiques and responding to those that are not scholars.

Third, scholarship requires “evidence.” In the humanities (theology, philosophy, history, etc) our arguments are (almost?) always inductive ones. That means that a point will never be “proven,” if what we mean by that is the certainty of a deductive argument (If A then B). Rather, inductive arguments are either good or bad arguments. Some rest on better support and evidence than others. Some make better sense of all of the relevant evidence than others.

What counts as evidence and what is a good argument is usually discipline specific…it follows the rules of scholarship. This is the most self-referential/circular part of it. Only those who are trained as scholars are usually able to discern what is good and bad evidence in a particular case. But in my opinion, usually it is a matter of “common sense”. By that I mean, if a non-scholar understands an argument (sometimes they are encoded in jargon that must be explained) then the reasonableness of the argument should normally be apparent without some “special” reasoning. I’m sure that there are cases where this is not true, but I think this would be “generally” reliable.

What does this look like practically? It means reading… a lot. I once estimated that I have read somewhere in the neighborhood of 100,000 pages of theology since I started grad school. It is an estimate, but that is roughly equivalent to 300-400 books in theology and I am very new scholar. Good scholars know what lots of people have said about a topic.

It also means “arguing” a lot. I don’t mean fighting with people. I mean hashing out ideas with people, many of whom disagree with you, until you learn how to make a case well and anticipate deficiencies in an argument. Though it does not replace face-to-face discussion, I’ve found that Web 2.0 sites are really good at honing argumentation skills…as long as you can avoid the uncivil ways that these sometimes go.

Related Post: 6 Things I Learned About Life From Writing A Dissertation